The Calf of Man is a small island off the southern tip of the Isle of Man. It is one of many islands around Britain where rats have been implicated in the severe decline of its breeding seabirds. During the 18th century the island held an estimated breeding population of over 30,000 Manx Shearwater Puffinus puffinus (Figure 1) – the largest colony at the time in the world. However, by the 1900s the breeding population was virtually extinct, thought to be due to the accidental introduction of Brown Rats Rattus norvegicus from a Russian shipwreck. Since 1979, localised rat baiting has occurred around the island and there has been a subsequently slow increase in breeding Manx Shearwater numbers. In 2011, tape playback surveys revealed 127 apparently occupied breeding burrows. However, this is still a long way from previous numbers, therefore Manx National Heritage sought to determine the impact of Brown Rats on the island’s seabirds as part of an eradication plan.

One question was whether the rats on the Calf predated seabird eggs. In some cases, rats have been found not to predate intact eggs due to them not possessing the necessary skills or because they don’t recognise the eggs as food (Prieto et al. 2003). In addition, some species may be restricted on the size of eggs they can predate by their gape size (Haskell 1995, Ettel et al. 1998). To investigate this, without disturbing the island’s breeding seabirds, we headed to the island during June and July 2011 and set up automated trail cameras on baited unoccupied, experimental, nests.

To establish where to locate the experimental nests we first estimated the density and distribution of rats across the island using chocolate-flavoured wax blocks (Figure 2). Wax blocks are an effective method of determining the presence of rats as it is easy to identify the characteristic teeth marks they leave behind. Using a handheld GPS, we systematically placed 247 wax blocks across the entire island on a 100 m × 100 m grid system. We checked the blocks several times over a 17-day period, replacing any that were missing or chewed. At the end of this period we found evidence of rat teeth marks at only six locations (Figure 3), indicating that the current level of rat activity was very low and localised – potentially due to the two very cold and snowy previous winters, as well as the continued localised baiting around the island’s buildings.

Once we had an indication of where the rats were distributed, twelve experimental nests were located in an area where we knew rats were present and twelve where there was no evidence of rats. To investigate different nest types and egg sizes at these locations, we set up experimental nests in unoccupied rock crevices and burrows, baiting them equally with either a domestic chicken or quail egg (Figure 4).

In total, the automated trail cameras filmed 915 24-hour periods, recording any potential predators to the experimental nests. After trawling through the many resulting images, we found that the rats only visited cavity nests at the site where we had previously recorded evidence of rat activity (Site C). Despite visits to these cavity nests on 19 individual occasions (with 16 visits to experimental nests containing chicken eggs and three to nests containing a quail egg), there was no evidence of egg predation by the rats. In fact, the rats appeared to ignore the eggs, with only one case where we observed a rat moving a chicken egg around a cavity.

That we found no evidence of rat predation could suggest that on the Calf, at their current density, the Brown Rats may not have a negative impact on the island’s seabirds – at least in terms of egg predation. The apparent lack of interest in the baited eggs may be that the rats were unable to predate the eggs, although we did not observed them trying, and they should have been able to predate the smaller quail eggs at least. Alternatively, the low density of rats on the island could mean that there was little competition for food, with plenty of more favourable food sources available.

It is also important to consider that at higher densities, where competition for food is likely to be higher, egg predation may occur. In addition, egg predation is only one mechanism by which rats can negatively affect breeding seabirds. Rats can predate on seabird chicks and even the adults (Prieto et al. 2003, Lambert et al. 2015). They can also cause seabirds to fail through disturbing the adults, causing them to abandon their nest (Bried & Jouventin 1999). Early in the season on the Calf, a number of Razorbill Alca torda and Shags Phalacrocorax aristotelis abandoned their nests at Site C where we had recorded evidence of rat presence. Although circumstantial, it could be that the rats disturbed the adults at this location in some way, causing these birds to fail.

Subsequent to this project, during the autumn and winter of 2012-2013, Manx National Heritage started a rat eradication program on the Calf of Man. Monitoring is still on going to ensure that the island remains rat free, and which will hopefully benefit all the breeding birds on the island. In 2014, the number of occupied Manx Shearwater burrows increased to 424, which is a good start! 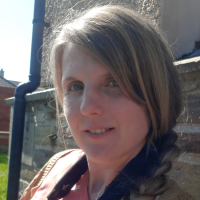